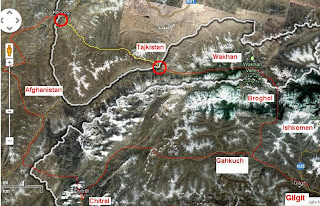 The new Tajik envoy to Islamabad Sherali Jononov said that Tajikistan was interested in Pakistan’s Gawadar port, announcing that Tajikistan government had completed Pakistan-Tajikistan road link work of their side.

The newly appointed Tajik ambassador Sherali Jononov talked about peace in Afghanistan. While the Russian delegation in Islamabad has hinted at the expansion of the SCO.

Jononov said that Tajikistan was interested in the completion of the Pakistani port of Gawadar as it would prove the shortest way to trade with the international community.

If Tajikistan has completed its part of the Pakistan-Tajikistan road link, and if Pakistan’s Karakorum Highly, the key link is only miles away from a major Pakistani artery linking Gwader to Kashgar, then it should be fairly simple to begin the trade by road.


There are several passes that connect Pakistan with Tajikistan–most notably the Dorah Pass, the Broghol Pass from the Wakhan Corridor of Afghanistan, Shandur Top from Gilgit, and Lowari Top from Dir in Pakistan. Roads can connect through all these passes. The Forrah Pass has been picked to connecting Chitral Cit to Tajikistan.

The Dorah Pass on the Afghan-Pakistan-Tajik border is more than 4,300 meter (14,000 feet) high. The pass crosses the Hindu Kush. Situated at the foot of pass is Lake Hauzi-Dorah (called Lake Dufferin during colonial times). The lake is roughly 2¾ miles long by over 1/4 miles broad.

Dorah Pass was the route taken by Marco Polo and is situated in the Pamir region of the Wakhan corridor, a high plateau sometimes called “The roof of the world” that joins Pakistan, Afghanistan, Tajikistan, China. Dorah Pass came into worldwide focus during the USSR’s invasion of Afghanistan. The USSR was unable to stop the flow of arms supplies and men back and forth across the pass. Under pressure, “almost the entire Munji-speaking population of Afghanistan” migrated across the border to Chitral during the War in Afghanistan.

Here are some reports of the National Highway Association: Liaquat Ali of QASADO, Mastuj.

As survey is going on by NHA for determining the route for the proposed Chitral-Tajikistan Highway, I would like to put foreword the following data.

Distances and Status of roads and passes in Yarkhun/ Broghil

Name of villages (from and to) Distances Status/Condition Time.

Black topping from Booni to Mastuj and to Shandur Pass is started in 2008.

Safest link road can easily be built from Vadinkhot to Broghel Pass (20 km). No glacier, rocks, mountains on the way from Chitral to Broghel Pass. Heavy snow can sometime stops traffic.

Chitral-Yarkhun/Broghel Shikashum Highway can be used as safest alternate for China through Shandur Pass.

Mohammad Mirza Ziayee, of Khujand – Tajikistan, 23 Nov 09 reports that “One of the first surveys was done by NHA when Mr. Burhanuddin Rabbani was president of Afghanistan between Ishkashem to Chitral. At several places it is written in the survey that the distance between Chitral (Chiew Bridge) to Ishkashem is 185 km. Ishkashem bridge means the bridge link Afghanistan to Tajikistan. If the tunnel will be constructed in Dorah Pass then the distance will come down to 150 km.”

According to media reports, and Chitral News (Fida Mohammad Arkari, Chitral, 25 Nov 09.) “this is a tri-lateral project in which the governments of Afghanistan, Pakistan, and Tajikistan are equally responsible partners. The tri-lateral agreement was signed in Dushanbe (Tajikistan’s Capital) by the presidents of these three countries after considering the feasibility reports prepared for this project.” “there were four possible locations for this highway and Durah was found to be the most feasible one, not only because of its shortest distance but also because of its strategic location, i.e., Durah provides the most strategic links to these three countries—the link which is acceptable to each of these partner countries.” Broghil pass was also one of the possibilities.

The proposed road is Chitral via the 4550 meters Durah pass and meandering its way through Iskatul (Afghanistan)-Ulkhana-Ishkashim (Afghanistan)-Khorugh (Gorno-Badakhshan Autonomous Province,Tajikistan)-Kulaikhumb/Kalaikhum (Tajikistan)-Kulab (Kulab, Khatlon, Tajikistan)-Kofirnigan before entering the Tajik capital of Dushanbe. The total distance from Chitral to Ishkashim is 200 kilometers out of which 82 kilometers is in Pakistan and 118 kilometers in Afghanistan.

It has come as a great surprise that the road started during the Musharraf era has not been completed. Jononov expressed the hope that Pakistan would complete their side of the road as well. http://www.chitralnews.com/LN183.htm

This was announced a while back:

This was a report from 2009: The proposed 1306 kilometer long road enters Afghanistan from Chitral via the 4550 meters Durah pass and meandering its way through Iskatul-Ulkhana-Ishkashim-Khorugh-Kulaikhumb -Kulab-Kofirnigan before entering the Tajik capital of Dushanbe. The Chairman National Highway Authority who was member of the entourage said the feasibility of the road project has already been entrusted to the same firm that carried out the feasibility of the Lowari tunnel road. The feasibility would be ready by November this year (2011), he said.

There are suggestions on alternative routes to connect to Tajikistan. Rupee News recommends using the Broghul Pass, because it quickly traverses Afghanistan and gets to Tajikistan. It also is near to China and traverses the Wakhan Corridor straight into Tajikistan:

This is what Mir Wazir Khan Awi, Chitral 26 Nov 09 says: “It further strengthens the plea that the highway should pass via Broghul Pass because that would also connect large part of Chitral with Tajikistan. Half of Chitral including Mulkow, Torkow and Mastuj are located in Upper Chitral and in the event of constructing the highway via Brogul Pass; this large area of Chitral from Broghul up to Danin would be covered and would get maximum benefits from the highway.”

The highway could also be connected easily with adjoining areas of Northern Pakistan via Shandur Pass at minimum cost thereby connecting almost whole of Chitral with Tajikistan and Northern Areas.

Tajikistan has surplus water and electricity. In fact the CASA project can entirely be undertaken by Tajikistan only. Tajikistan is also a key member of TAPI–hopefully it will be TAPC, or TAP and not TAPI. The ambassador of Tajikistan informed the journalists that Tajikistan has taken the initiative in December 2010, supporting countries, which approved United Nations General Assembly resolution declaring the current year as the International Year of Water Cooperation.

Sherali Jononov emphasized the implementation of water-related internationally agreed development goals, and sharing of best practices on cooperation among various water users. The Tajik government was hosting a high-level international conference on water cooperation under auspices of the UN in Dushanbe by August 2013–where it will explore the possibility of cashing in on its natural resources. 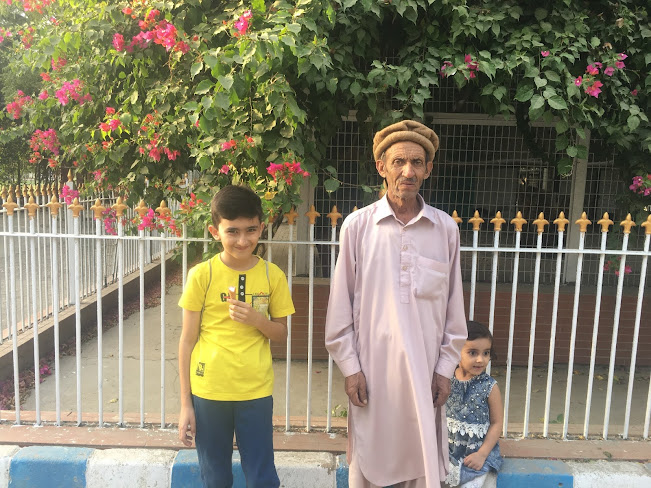 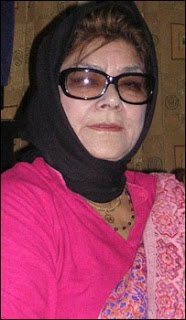 File photo: Malka Baltistani New York: Nationalist leader Malika Baltistan said the sectarian conflict in Gilgit Baltistan is due to external forces. Addressing an Eid get together forum organized by Sonny Watan Gilgit Baltistan, a cultural forum in New York, she said external forces are behind the sectarian conflicts in the region and world powers want to gain their interests by spreading disarray among the people of Gilgit Baltistan. A large number of people from Gilgit Baltistan participated in the program. Malika Baltistani said that the current natual disasters due to landslides and floods are not a curse but exam from God. She criticised the role of Goverment’s response during the Gojal-Hunza Lake disaster and the floods in Baltistan and elswhere in GB. She also condemned the lowering of budget of GB by the current regime and the influence of world powers in the region. Adrresing the gathering Dr. Jafferi, political advisor of President Zardari on Kashmir Affaris said, Gil